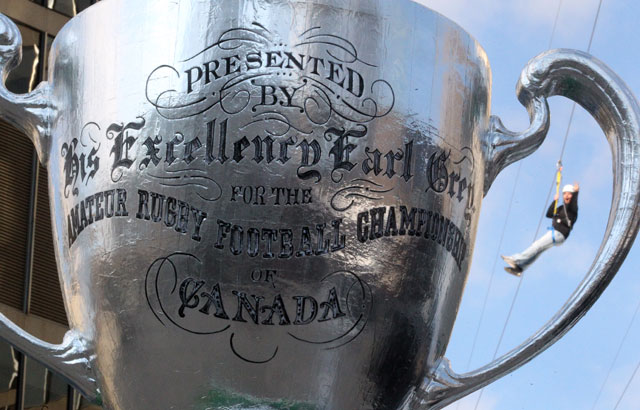 The Tiger-Cat started off strong from the opening kick-off. Midway through the first quarter, the Tiger-Cats got on the board as McManus hit Williams for a 35-yard gain to the Stamps’ 15-yard line. Three plays later, Williams plunged into the end zone from one-yard out to give the Tiger-Cats a 7-0 lead.

On Hamilton’s next possession, McManus found Flutie for a 40-yard gain as the Tiger-Cats again moved into Calgary territory. That led to a 46-yard field goal from Paul Osbaldiston to give the Tiger-Cats a 10-0 advantage, as the gun sounded to end the first quarter.

With almost four minutes gone in the second quarter, the Stampeders finally picked up their first first down when Kelvin Anderson ran wide near midfield. However they were unable to sustain the drive.

Midway through the second quarter, the Hamilton offence drove downfield as McManus passed to Darren Flutie and Andrew Grigg culminating in a 41-yard field goal by Osbaldiston.

Late in the half, Calgary punter Tony Martino pinned the Tiger-Cats deep with a 42-yard punt that went out of bounds at the 4-yard line. The move appeared to pay off but the Hamilton defence then took centre stage.


When Joe Montford sacked Calgary quarterback Dave Dickenson, the ball came loose and Tim Terry scooped it up. From there, McManus found Flutie open in the end zone and he made a one-hand grab for the touchdown.

The Stamps had only 51 yards in total offence in the first half.

The Stamps tried some trickery on the second half kickoff with an onside kick but the Tiger-Cats recovered the ball with good field position. Osbaldiston turned that into a single point.

Then came the biggest play of the game for Calgary. Dickenson spotted Travis Moore behind the Hamilton defence and completed a 57-yard pass down to the 7-yard line. On the next play, Dickenson passed to Danielsen, who took it in for the touchdown to put the Stamps on the board.

On their next possession, the Stampeders took the ball down the field again and Dickenson found Pitts wide open in the end zone to close the gap to 22-14.

Osbaldiston added a 20-yard field goal late in the quarter to take some momentum away from the resurgent Stampeders.

McManus then engineered a drive to open the fourth quarter culminating in a touchdown pass to Flutie.

Calgary’s next possession was ended by an interception by Orlondo Steinauer. Calgary regained possession, Dickenson drove deep into Hamilton territory and, on third down, Duane Forde plunged over the goal line with just over three minutes remaining. The Stamps were unable to score again and so came up short as the Tiger-Cats won 32-21. 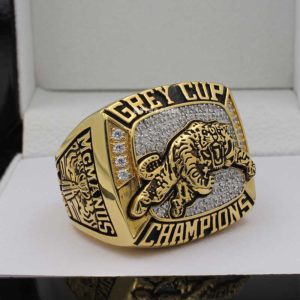