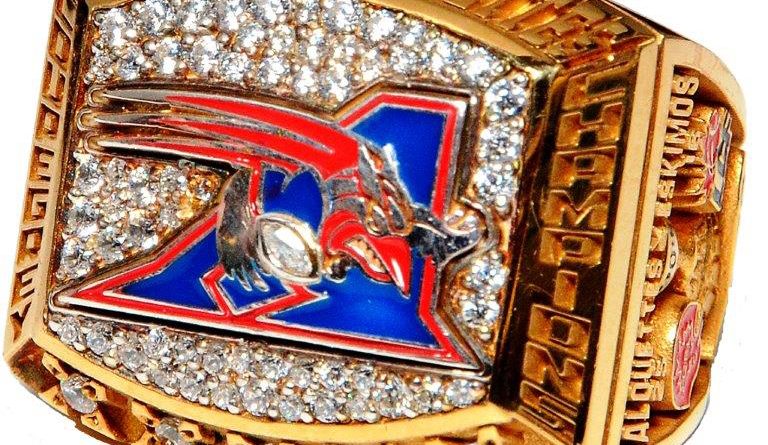 The 90th Grey Cup was the 2002 Canadian Football League championship game played between the Edmonton Eskimos and the Montreal Alouettes on November 24 at Commonwealth Stadium, in Edmonton, Alberta. The Alouettes defeated the Eskimos 25-16 in the first all-Canadian CFL championship game to feature the host team since 1983.

It was Don Matthews’ fifth Grey Cup title as a head coach, tying him with Lew Hayman, Frank Clair and Hugh Campbell for the all-time record.

This was last Grey Cup game to be played on natural grass in Edmonton. By the time Edmonton hosted its next Grey Cup game in 2010, its stadium had switched over to artificial turf. The Grey Cup would not be played on grass again until 2016 at Toronto’s BMO Field.

A Grey Cup rivalry which was born in the 1950s (Edmonton and Montreal have met in 11 Grey Cup clashes) and intensified in the 1970s re-emerged in the new century on a frozen field at Commonwealth Stadium in Edmonton.

Montreal had not been home to a Grey Cup champion since 1977, including nine years when it didn’t have a CFL team at all. But Anthony Calvillo and the rest of his teammates brought prestige back to the franchise by defeating the hometown Eskimos.

Leading 1-0 after 15 minutes, the Alouettes gained 99 yards on one play for the longest touchdown reception in Grey Cup competition. Calvillo connected with Pat Woodcock on the historic play.

Terry Baker kicked a 42-yard field goal with 1:15 remaining in the second quarter to give the Alouettes an 11-0 lead at halftime.

Wanting to avoid becoming the first team to lose a Grey Cup game in their own building since 1983, the Eskimos rallied in the third quarter. On their opening drive Edmonton finally got on the scoreboard as Ricky Ray threw a pass to Ricky Walters for a 17-yard touchdown. Sean Fleming kicked a 12-yard field goal later in the quarter to pull the Eskimos within one.

But early in the fourth quarter, the Alouettes struck again. This time Calvillo hit Jeremaine Copeland on a 47-yard passing play for a touchdown, giving Montreal an 18-10 advantage.

With less than six minutes remaining in regulation and the Eskimos offence facing a third-and-10 on the Montreal 36, head coach Tom Higgins opted to go for it rather than attempt a 43-yard field goal. The gamble failed.

The Eskimos would make things uncomfortable for the Alouettes in the final minute. Ray connected with Ed Hervey on a 17-yard touchdown pass with 19 seconds remaining in regulation. Needing a two-point convert to tie the score, Tim Strickland broke up a pass intended for Terry Vaughn.

Edmonton tried one last-ditch effort with an onside kick attempt, but Copeland grabbed the football and ran 47 yards for his second touchdown, sealing the win for Montreal.

Calvillo was named the game’s Most Valuable Player completing just 11 of 31 pass attempts for 260 yards and a pair of touchdowns. 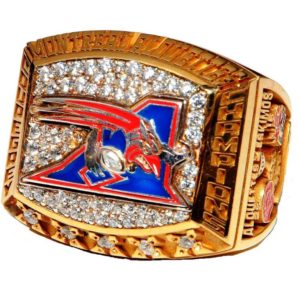