The 97th Grey Cup was played on November 29, 2009, at McMahon Stadium in Calgary, Alberta, and decided the Canadian Football League (CFL) champion for the 2009 season. The Montreal Alouettes came from behind to defeat the Saskatchewan Roughriders 28-27, on a 33-yard field goal by Damon Duval as time ran out. Duval had actually missed a first attempt, but Saskatchewan was penalized for having too many men on the field, allowing Duval a second field goal attempt.

Montreal running back Avon Cobourne was named the Most Valuable Player of the game. Alouettes slotback Ben Cahoon received the Dick Suderman Trophy as the Grey Cup’s Most Valuable Canadian.

Montreal kicker, Damon Duval made good on his second opportunity to kick the winning field goal to give the Alouettes their first Grey Cup in seven years with a come-from-behind 28-27 victory over the Saskatchewan Roughriders at Calgary’s McMahon Stadium.

From the start of the game, Saskatchewan dominated the game and led throughout the first 50 minutes. In the first quarter, Saskatchewan’s quarterback, Darian Durant consistently moved the ball by mixing pass and run plays against Montreal’s top ranked defence. The first Saskatchewan drive led to a Luca Congi field goal attempt that sailed wide, however, on their second possession, Congi was successful in his second attempt field goal attempt to give the Riders a 3-0 lead. Furthermore, the Saskatchewan defence also came up with big plays when Marcus Adams managed to strip the ball away from Montreal quarterback, Anthony Calvillo, while Keith Shologan managed to pick up the ball and ran it to Montreal’s 8-yard line late in the first quarter. On the next play, Durant found slotback Andy Fantuz open in the end zone for an 8-yard touchdown pass to give Saskatchewan a 10-0 lead.

In the second quarter, Montreal looked to have gotten their offence back on track as Anthony Calvillo threw a pair of passes to slotback Ben Cahoon, which set up a 28-yard Damon Duval field goal to cut the lead to 10-3. Montreal would get another opportunity to gain more points, however, fullback Kerry Carter would turn the ball over when he fumbled the ball on the Saskatchewan 17 yard-line. Then things would get worse for Montreal when Duval shanked two punts in a row, with the second punt only going for seven yards and out of bounds.

Due to the costly error, Saskatchewan would take advantage as Luca Congi was successful kicking a 44-yard field goal, which was followed by a Louie Sakoda single in the ensuing kickoff giving the Roughriders a 14-3 lead. On their next possession, Durant would complete a pass to Andy Fantuz on Saskatchewan’s second-to-last play of the second quarter that was spotted on Montreal’s 2-yard line. After a video review confirmed that Fantuz stayed in bounds to make the catch, Luca Congi kicked his third field goal to close the first half giving Saskatchewan a 17-3 lead.

In the third quarter, Montreal would force Saskatchewan to punt on their first possession of the second half, and then proceeded to drive down the field, with a key point being a play scrimmaging from the Saskatchewan 51-yard line where Calvillo received pass protection in the pocket and completed a pass to Jamel Richardson at the Saskatchewan 31-yard line. The Montreal Alouettes capped that 9-play drive with a touchdown when Calvillo completed an 8-yard pass to wide receiver Jamel Richardson mid-way through the quarter to cut the lead to 17-10. However, nearly seven minutes later, Congi would kick his fourth field goal of the game to put Saskatchewan ahead 20-10. However, on the ensuing Saskatchewan kickoff, Montreal returner Brian Bratton evaded five would-be tacklers before getting pushed out of bounds by a sixth player of Saskatchewan’s kick cover team at the Saskatchewan 50-yard line, giving Montreal a spark on special teams.

After a Damon Duval single 1:42 into the fourth quarter reduced the Saskatchewan lead to 20-11, Saskatchewan added to their lead in a drive that required less than three minutes of game time, completed when Durant rushed 16 yards for a touchdown. A successful single-point convert after the touchdown extended the Saskatchewan lead to 27-11. With the final 10:52 left in the fourth quarter, it looked like the Roughriders would secure their fourth championship as they were effectively running the ball at will against the Montreal defence. However, the Alouettes led by Anthony Calvillo would battle back to erase Saskatchewan’s 16-point lead.

With less than eight minutes to play in the fourth quarter, and Montreal trailing 27-11, Anthony Calvillo threw from the Montreal-43-yard-line on a 2nd-and-10 attempt, and Brian Bratton caught the pass at the Saskatchewan 3-yard line. On the ensuing 1st-and-goal play, Avon Cobourne ran the ball into the endzone for a touchdown. Montreal attempted a two-point-convert, during which Calvillo stepped up in the pocket and successfully completed a pass to fullback Kerry Carter (with Saskatchewan linebacker Sean Lucas in close coverage of the Montreal fullback) to reduce the Saskatchewan lead to 27-19.

On a play scrimmaging from the Saskatchewan 33-yard-line with under six minutes left in the game, Darian Durant attempted a pass for Andy Fantuz that was intercepted by Montreal’s Jerald Brown. On the ensuing Montreal possession, on a 2nd-and-10 from the Saskatchewan 32, Anthony Calvillo ran the ball to the Saskatchewan 25-yard-line, three yards short of a first down. This set up a 3rd-and-3 situation with 2:34 left to play. Down by eight points, the Alouettes would gamble on third down. Needing to reach the Saskatchewan 22-yard line for a first down, Calvillo completed a pass to Jamel Richardson in double coverage, and Richardson reached the Saskatchewan 15-yard line for a first down. With under two minutes remaining, on a play starting at the Saskatchewan 11-yard-line Calvillo stepped up in the pocket and threw to an uncovered Ben Cahoon for a touchdown, bringing Montreal to within a converted two-point attempt from tying the game. The two-point attempt was missed when Donovan Alexander’s pass interference on a Calvillo throw to Jamel Richardson was not called, and Saskatchewan maintained a 27-25 lead with just 1:45 remaining in the game. On the next Saskatchewan possession, the Roughriders could not manage a first down and were forced to punt after a two-and-out. On the Louie Sakoda punt, Montreal returner Brian Bratton fumbled the ball as he was hit by a Saskatchewan special teams player, but the football was recovered by Montreal’s Etienne Boulay, giving Montreal the chance to drive the field with less than a minute to go in the game. Montreal’s task was made more difficult since the football went approximately ten yards towards the Montreal endzone before being recovered by Etienne Boulay, meaning the Alouettes needed to drive down the field even further to be able to score. 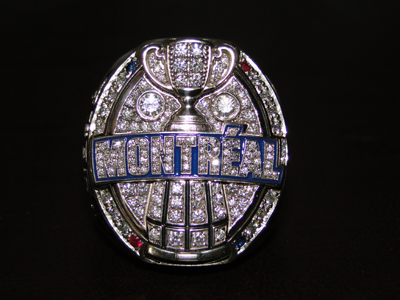 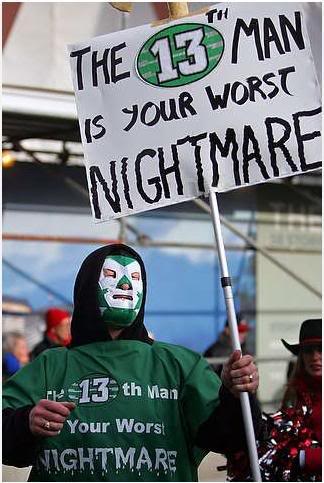