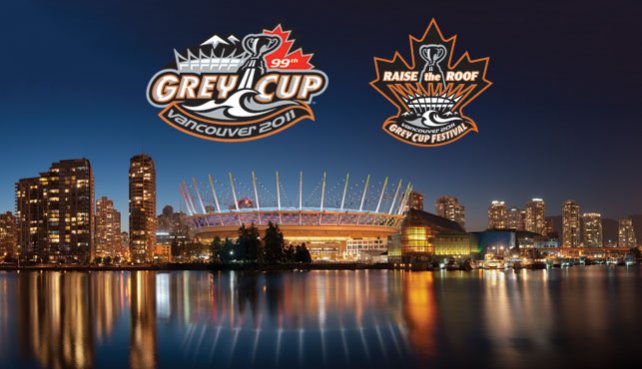 The 99th Grey Cup was a Canadian football game between the East Division champion Winnipeg Blue Bombers and the West Division champion BC Lions to decide the champion of the Canadian Football League in the 2011 season. The Lions defeated the Blue Bombers 34–23 and became the first team in CFL history to win the Grey Cup after starting the season with five straight losses. They also became the first team to win the championship game at home since the 1994 Lions did it in the 82nd Grey Cup, and were only the fourth team in the modern era to do so. This, a rematch of the 76th Grey Cup, was the second time that these two teams met for the championship.


The game took place on November 27, 2011, at BC Place Stadium in Vancouver, British Columbia. This was the eighth Grey Cup game played at BC Place, and the 15th in Vancouver, the most recent previous one having been the 93rd Grey Cup between the Montreal Alouettes and Edmonton Eskimos.

From 0-5 to the cream of the crop, the B.C. Lions have capped the greatest in-season turnaround in CFL history.

Meanwhile, the longest drought in the three-down loop continues for the Winnipeg Blue Bombers and their long-suffering fans.

MVP Travis Lulay, who on Thursday was named the CFL’s most outstanding player, hit Kierrie Johnson on a 66-yard touchdown on the final play of the third quarter, breaking open a defensive battle and providing the key play the Lions needed to beat the Bombers 34-23 in a chippy 99th Grey Cup at BC Place.

B.C., the first 0-5 team to make it to the Grey Cup, won 12 of its last 13 games to capture its sixth crown in franchise history and first since 2006. The Lions became the first team since 1994 — and fourth ever — to win the Grey Cup on their home field, doing so in front of 54,313 mostly orange-and-black-clad spectators.

Coincidentally, it was the Lions who did it last, in 1994.

“This is unbelievable,” said Lulay, who completed 21 of 37 attempts for 320 yards and two touchdowns. “You saw how much black and orange there was. The opportunity doesn’t come around that often. It’s pretty special to take advantage.”

Lions running back Andrew Harris, a Winnipeg native who grew up cheering for the Bombers, was named the game’s most outstanding Canadian. He had a 19-yard touchdown run in the first quarter and finished with 10 carries for 65 yards overall.

The Bombers’ loss means veteran defensive tackle Doug Brown, if he follows through with his retirement vow, failed to win a Grey Cup title in his third and final attempt. Brown spent all 11 of his CFL seasons with the Bombers.

“I’m just kind of numb right now,” said Brown, who broke down in tears in the locker room. “It’s hard to come to terms with the finality of the situation. It doesn’t seem real.”

In addition, Winnipeg quarterback Buck Pierce was unable to beat the team that let him go after the 2009 season because he was unable to stay healthy for an extended period of time.

B.C.’s explosive offence proved to be too much, while the Bombers, who struggled to score all season long, stuck to their script before exploding in the last five minutes.

The Bombers trailed 31-9 with five minutes to go in the fourth quarter, but Pierce hit Greg Carr with a 45-yard touchdown strike and then found Terrence Edwards for a 13-yarder with 1:37 remaining to get the Blue and Gold within eight. The comeback attempt ended when Jamie Boreham’s onside kickoff attempt didn’t travel the required 10 yards.

Paul McCallum then booted his fourth field goal, from 34 yards, to seal the deal.

“A lot of guys stepped up,” said Lions head coach Wally Buono, who won his fifth Grey Cup, tying Don Matthews for the most in CFL history. “We won the line of scrimmage.”

The Bombers got off to their usual slow start, falling behind 14-0, but the team that has fought back all season long didn’t go away. They made it 14-9 midway through the third quarter, but failing to convert decent drives into touchdowns ultimately proved costly.

The Lions chipped away at the Bombers defence until finally breaking through on the final play of the third quarter, when Lulay found Johnson with the long bomb. The rookie beat Bombers defensive back Jonathan Hefney on the play, giving the Lions a 24-9 advantage.

Winnipeg had a chance to get right back in it after the Johnson touchdown. Lulay was nearly intercepted by Bombers defensive end Odell Willis, who would have scored a 19-yard touchdown had he been able to hold on to the ball. He didn’t, and the Lions instead went on a long clock-munching drive that ended with Lulay’s six-yard touchdown toss to Arland Bruce III, whose acquisition in a mid-season trade with Hamilton seemed to spark B.C.’s turnaround.

“I’m proud to be part of this team,” Bruce said. “Buono gave me a chance, the locker room accepted me as one of theirs when they were 0-5 and we did it. It’s beautiful. It’s so surreal. We’re the champ baby, we did it.”

Bombers head coach Paul LaPolice guided the Bombers from 4-14 last season to a Grey Cup berth, but they were unable to finish the job.

“I told them that they have raised the bar, but we’re here to win championships, and hopefully this game, this season, will make us a stronger team going forward,” LaPolice said. 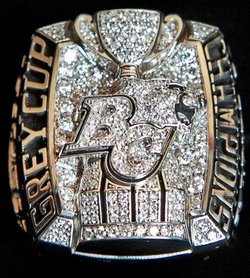